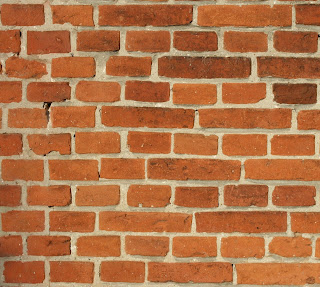 News Item (September 25, 2005): Four in ten Americans now agree erecting a wall along the 8,850 kilometres (5,499.13 miles) between the otherwise friendly nations is a good idea, according to the latest Bloomberg Politics Poll.

It's unbelievable, isn't it.  It would be amusing, if it weren't so sad.  Okay, okay, it's just one poll and I believe most Americans have much more sense than that.  Still, it's a worrisome reflection on the state of America today, especially the right wing of the Republican Party and its supporters.

Americans of that mindset, not only want to build a wall around their southern neighbour, Mexico, but also around those dangerous Canadians to the north.  You know, those same Canadian who saved the lives of six American hostages in Iran back in 1979.  Those same Canadians who opened up their homes and hearts to American travellers who were stranded during the 9/11 crisis.

How any reasonable American could conceive of Canada as a threat is beyond me!  Indeed, reasonable people tend to build bridges, not walls. That's why it is disturbing that Americans of this mindset are becoming more pervasive and bold.  Just like the so-called "birthers" who are convinced that U.S. President Barack Obama was born in Kenya or Indonesia, they falsely believe that the 9/11 terrorists entered the United States via the Canadian border.

The truth is that Obama was born in Hawaii and all 19 of  the 9/11 hijackers had visas for entry into the United States.  According to FactCheck.Org., "only one came to the U.S. on a student visa,"  The others arrived in America "on tourist or business visas."

Although both of the aforementioned theories are myths and have been thoroughly debunked, they still have credence among some ill-informed and ideologically deluded Americans. In October 2004, even Democratic presidential candidate Hillary Clinton, then a New York senator, was quoted as saying the terrorists had crossed into New York from Canada. Her office disputed the quotes, but they provoked outrage and there were demands in Canada for an apology.

The idea of building walls along borders has not only been endorsed by some stereotypical red-neck truck drivers, but by two "serious" candidates for the office of  U.S. president. In a discussion with NBC host Chuck Todd, Governor Scott Walker of Wisconsin, who recently exited from the Republican race for president (Thank goodness!), seemed to agree that the idea of erecting a wall along the Canadian border should be considered.  Donald Trump, another Republican candidate, told a rally in Dallas, Texas, that "walls work."  For Trump, who is a staunchly anti-Mexican, that was par for the course.

How can someone like "The Donald" even be considered suitable for the office of President of the United States?  What public office has he ever held?  He has never been a governor, a senator, a mayor or anything else of that nature?  He has absolutely no diplomatic skills,.  He says almost anything that comes to his mind and has made numerous offensive and ill-considered remarks, especially regarding women and Mexican immigrants.  His tactlessness hasn't prevented him from making billions of dollars or being entertaining.  He's certainly adept at those two things and that's why the media are enjoying his candidacy.  Yet it is essential for an American president to have sound diplomatic abilities.  In 2016, the United States will be electing a new leader, not a reality show host or a stand-up comedian.

On May 17th, 1961, then-President John F. Kennedy addressed the Canadian Parliament in Ottawa.  In his remarks, he described the relationship between Canada and the United States.  He said,
"Geography has made us neighbours. History has made us friends. Economics has made us partners. And necessity has made us allies. Those whom nature hath so joined together, let no man put asunder."  He added, "What unites us is far greater than what divides us. The issues and irritants that inevitably affect all neighbours are small deed in comparison with the issues that we face together -above all the sombre threat now posed to the whole neighbourhood of this continent - in fact, to the whole community of nations. But our alliance is born, not of fear, but of hope. It is an alliance that advances what we are for, as well as opposes what we are against,"

Kenndey's address to the Parliament of Canada took place 54 years ago, at the height of the Cold War. Times, of course have changed.  Today the world is threatened by the scourge of terrorism, but Kennedy's sentiments still ring true.  The United States and Canada must face our problems by working together and with other countries.

In August of 1961, about three months after President Kennedy's visit to Canada, the Berlin Wall was constructed, cutting off West Berlin from surrounding West Germany.  It was regarded as a symbol of oppression by the free and democratic world.   On June 26, 1963, about 22 months after the wall was erected, JFK delivered a famous speech in West Berlin in which he declared, "... All free men, wherever they may live, are citizens of Berlin, and therefore, as a free man, I take pride in the words "Ich bin ein Berliner! (I am a Berliner)."

There was great celebration when the Berlin Wall came tumbling down in 1989.  Although that wall was built primarily to keep people from leaving East Germany, it  seems to me that freedom-loving people should be wary of all those who advocate the building of border walls, regardless of whether their intention is to prevent people from entering or from leaving.