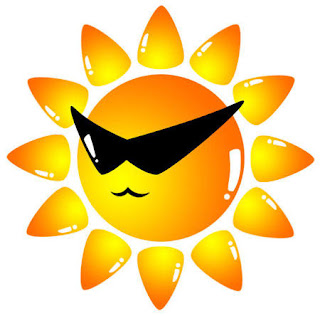 For those of us who live in the Northern Hemisphere, summer has officially arrived.   Yesterday,June 20, we reached the summer solstice, the longest day of the year.  To celebrate, Number 16 presents a ten-question quiz all about summer. Sit back, relax and test your knowledge.   It's summertime and the livin' is easy!

A.  Hot dogs, summer in the city

B.  Hot days, summer in the city

3.  Who wrote the beautiful poem Shall I Compare Thee to a Summer's Day?

A.  "The Year Without a Summer" refers to 1816 in which there were extreme summer climate abnormalities and global temperatures decreased considerably.

B.  The Year Without a Summer is the title of a novel by Sinclair Lewis.

D.  The Year Without a Summer is the title of a film directed by Howard Hawks.

E.  "The Year Without a Summer" refers to 1994, the year of a major league baseball strike which culminated in the cancellation of the World Series.

5.  Who sang the following lyrics?

A.  Eric Burden and the Animals


6.  What is the name of the 1955 film in which Katharine Hepburn plays a lonely American woman who finds romance with an Italian man during her summer vacation in Venice?

A.  One Summer in Venice

7.  Fill in the blank to complete this quote:

The way to ensure summer in _________ is to have it framed and glazed in a comfortable room.

A.  He bought his first real six-string guitar.

B.  He bought ice cream for his friends.

C.  He didn't have any money to buy anything.

E.  He bought some cool shades.

10.  What is the title of a book written by Bette Greene about a 12-year-old American Jewish girl who befriends an escaped German POW during World War II?

C.  Summer of My German Soldier 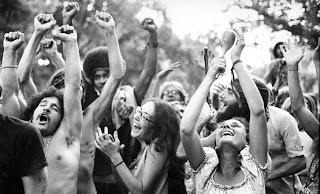 The "Summer of Love" refers to the summer of 1967 when thousands of flower children from around the world flocked to the Haight-Ashbury district of San Francisco.

The lyrics to Summer in the City come from a poem that Mark Sebastian submitted to a literary magazine when he attended Blair Academy, a private secondary boarding school in Warren County, New Jersey.

Shall I Compare Thee to a Summer's Day is Sonnet 18 of William Shakespeare's 154 sonnets.  In this sonnet, the speaker compares his beloved to the summer season and reaches the conclusion that his beloved is superior in beauty and loveliness.

The year 1816 is known to historians and scientists as the "Year Without a Summer" or "Eighteen Hundred and Froze to Death."  In many parts of the world, there was snow in summer. Crops were destroyed due to a lack of sunlight and there was disease and starvation across the Northern Hemisphere.  Global temperatures fell by about 0.4 - 0.7 degrees C (0.7 - 1.3 F).  In New England, there was snow in early June.  Low temperatures and an abundance of rain resulted in crop failures in Britain.

Thees climatic anomalies were caused by two major factors: a historic low in solar activity and an explosive type of volcanic eruption.  On April 10, 1815, Mount Tambora in Indonesia (then known as the Dutch East Indies) erupted.  This volcanic disaster killed thousands of people and spewing prodigious amounts of ash into the atmosphere.  The dust in the atmosphere blocked sunlight from passing through, creating unseasonably cold temperatures. 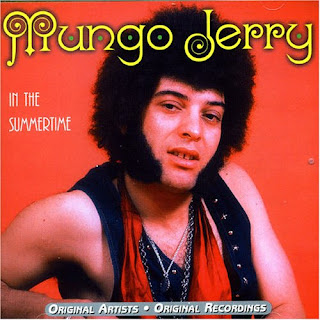 The British rock band Mungo Jerry had a huge hit with "In the Summertime."  It was their first single and it was released in May of 1970.  The song topped the U.K. Singles Chart for seven weeks and reached number one in over 26 countries worldwide.  Singer-songwriter and guitarist Ray Dorset founded the group.

The film Summertime, Katharine Hepburn played the role of Jane Hudson, an elementary school teacher from Akron, Ohio.  Jane saves enough money to fulfill her dream of spending her summer vacation in Venice.  During her trip overseas, she meets Renato de Rossi, the owner of an antiques store.  Jane and Renato, played by Italian actor Rossano Brazzi, have a bittersweet romance.

Nat "King" had a hit with "Those Lazy-Hazy-Crazy Days of Summer" in 1963.  It reached number 6 on the Billboard charts that year.  Here are the lyrics to the first verse.

To list to Nat "KIng" Cole singing "Those Lazy-Hazy-Crazy Days of Summer," click on the link below.

Bette Greene's novel, Summer of My German Soldier, was first published in 1973.  It tells the story of a young Jewish girl, Patty Bergen, who lives in Arkansas during World War II.  Patty befriends an escaped German prisoner of war named Anton.

In 1978, "Summer of My German Solder" was turned into a television movie starring Kristy McNichol in the role of Patty and Bruce Dawson as Anton. 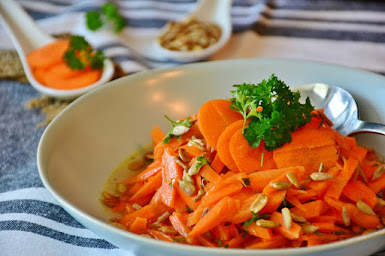 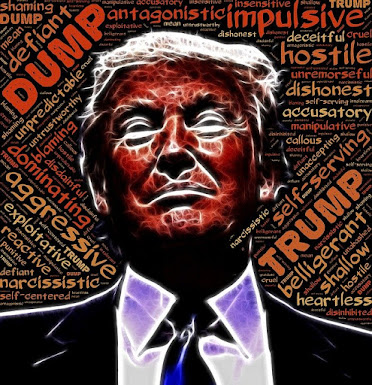