There is a fundamental link between human rights and peace. There will be peace on earth when the rights of all are respected. 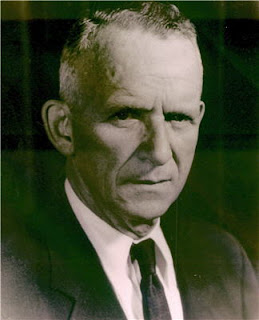 How often do we think about the value of human rights? I’d venture to say that most of us who live in free and democratic countries don’t spend very much time in our busy lives to focus on that subject. We sure would if we were suddenly deprived of those rights. I regret to say we had a taste of that recently here in Toronto during the G-20 summit when martial law was virtually in effect in our city. It wasn’t pretty, as most Torontonians will attest.

I mention this because 62 years ago today, on December 10, 1948, the Universal Declaration of Human Rights was passed as a resolution by the United Nations General Assembly. Many people are aware of Eleanor Roosevelt’s role in that great achievement. The same cannot be said about John Humphrey, a Canadian law professor and Eleanor Roosevelt’s collaborator on the Universal Declaration. Most people, including Canadians, would draw a blank if asked to identify him.

I think John Humphrey deserves some attention and that is why I have chosen to reflect on him today. John Peters Humphrey was born in Hampton, New Brunswick on April 30, 1905. In addition to being a lawyer, he was a diplomat and a scholar.

The chairperson of the 18-member committee was Eleanor Roosevelt, former First Lady of the United States. It his capacity as a member of the committee that John Humphrey, with the help of others, wrote the draft for the Universal Declaration of Human Rights. Eleanor Roosevelt famously referred to the document as the “Magna Carta of Mankind.” It should be a source of great pride for Canadians that one of us was the author of such a great legal document.

John Humphrey served as director of the UN Human Rights Division for twenty years, until his retirement from the United Nations in 1966. He returned to McGill University and remained there until 1994. In the later years of his life, Humphrey continued to be active in international affairs and the promotion of human rights. He investigated human rights abuses in the Philippines and represented Korean women who were forced into sexual slavery by Japanese soldiers during World War II.

John Humphrey died in Montreal on March 14, 1995. It should be noted he did not originally receive full credit for his contribution to the Universal Declaration of Human Rights. For years it was thought that a French delegate drafted the Declaration. It wasn’t until later in Humphrey’s life that a first draft of the document, in Humphrey’s handwriting, was discovered. In 1974, he was appointed an Officer of the Order of Canada and he was given the United Nations Prize for human rights advocacy in 1988.

John Humphrey was a great man and a great Canadian. He should not be forgotten, nor should his achievements. This is my small contribution to the preservation of his legacy.

The Toronto Maples Leafs lost another one last night. The sad sack Leafs lost 4-1 to the Philadelphia Flyers before a home crowd at the Air Canada Centre. They are now nine points out of a playoff spot in the Eastern Conference of the NHL.  As the horn sounded to end the game, some waffles were thrown to the ice by a disenchanted Leaf fan(s) prompting Philadelphia defenceman Chris Pronger to ask with bemusement, "Who brings waffles to the game?"  One of the waffles hit the stick of Leaf defenceman Francois Beauchemin.  Given the state of the Leafs, you either have to laugh or cry.